Elon Musk confirms ownership with a Tweet reading “the bird is freed,” reiterating his stance on freedom of speech. But what does the takeover mean for the platform and its users? We looked into the online conversations from October 26th – 28th to find out.

Conversation spiked following reports that Musk had fired Vijaya Gadde, Twitter’s former Head of Legal Policy, Trust, and Safety – and the woman who made the call to suspend Donald Trump permanently – along with CEO Parag Agrawal and other executives.

This choice was largely unpopular, with negative sentiment driving almost half (47.8%) of all mentions in the hour that

Our research identified Donald Trump as a key theme within the conversation as users discuss his potential return to the platform. Though conversation around Trump is largely negative (27.8%), positive sentiment is on the rise as supporters discuss the comeback.

WOMEN HAVE STRONGER VIEWS ON THE SUBJECT

This graph shows the percentage of positive and negative results for men and women in each age group:

#VOTE IS TRENDING WITHIN THE NEGATIVE CONVERSATION

Many users are leveraging the takeover to promote their political agenda. In fact, #vote is the largest trend within the negative conversation – among both sides! 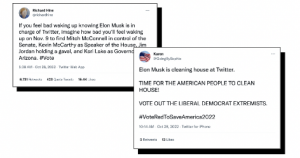 However they might be feeling about Elon Musk’s Twitter takeover, and people are taking to Twitter to discuss it. It will certainly be interesting to observe if and how this may change over the coming months.

Interested to find out what social listening can do for your business or organization?

Right as we thought news about #Gisele and #Tom Brady's #divorce was dying down, the ex-power couple got hit with a class action related to the #FTX scandal. RILA looked into the online conversation to find out how perceptions about them have been changing in the last month.

Expected to reach a value of $156bn by 2024, the #wearabletech industry promises to revolutionize healthcare. We analyzed online conversation around three leading devices to uncover four key trends.

As we expand our presence in the Middle Eastern market, RILA looked into the online conversation around Saudi National Bank and its merger with Samba to find out what matters the most to voters.
Read the full report: https://lnkd.in/eXeS-UT9
#sociallistening #saudinationalban 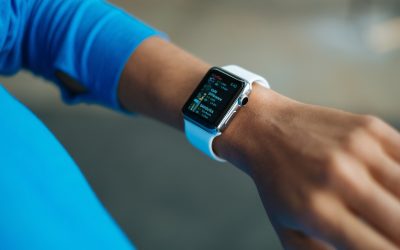 Who Is Wearing What? | Analysis of Apple Watch, FitBit, and Oura Ring

Analysis of the discussions around the Barilla Lawsuit

Leveraging 100 million+ websites, RILA analyzed online conversation around the Barilla lawsuit from October 2022. DISCUSSIONS ON THE RISE           SENTIMENT SAW A GROWTH IN NEGATIVITY As the news about the lawsuit unfolded, negative sentiment... 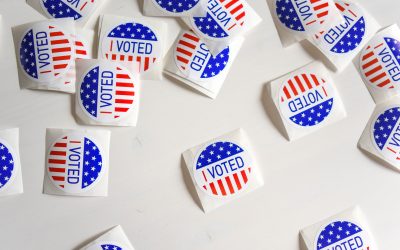 As we prepare to find out the results of the midterm elections in the United States on Nov.8, 2022, RILA looked into the online conversation from November 1st - 7th, 2022 to find out what matters the most to voters. OVER 2.8M MENTIONS IN LESS THAN A WEEK The 2022 U.S....